ResilienTN focuses on building resilience and strengthening community connections to prevent the tragic loss of life to overdose and suicide. Through media messaging around overdose and suicide prevention, social media outreach, and virtual trainings and events, the ResilienTN campaign seeks to empower Tennesseans with the tools and knowledge to overcome to the personal challenges they face, watch out for and help those around them, and emerge on the other side stronger than ever.

All drugs can cause an overdose, including medications prescribed by a doctor or purchased over the counter. However, not all overdoses are fatal. In Tennessee, 74 % of fatal overdoses involved an opioid despite the opioid overdose reversal medication, Naloxone, being available.

An opioid is a class of drugs that includes the illegal drug heroin as well as powerful pain relievers available legally by prescription. An opioid overdose can occur when an opioid is taken in excess amounts or in combination with other drugs. During an overdose, opioids slow breathing until it eventually stops, resulting in death. Most opioid overdoses are slow and occur one to three hours after using the drug.

Drug overdose deaths have continued to increase in Tennessee, up from 1,818 in 2018 to 2,089 in 2019, a 15% increase. Provisional data suggest that overdose deaths in 2020 are on track to exceed 2019 overdose deaths. Much of the increase in fatal overdoses over the last several years can be attributed to the use of illicit fentanyl and psychostimulants (a category that includes methamphetamine). Nonfatal opioid overdoses, especially among adults age 18-44, have also increased in 2020, peaking during the early months of the COVID-19 pandemic. TDH is continuing to monitor these trends closely and support overdose prevention efforts across the state.

In 2018, the most recent full year of statistics, there were 1,159 deaths from suicide in Tennessee resulting in a suicide rate 16% higher than the national rate. Suicide deaths are most common for adults age 25-64, but suicide is now the third leading cause of death for youth and young adults (age 10-24) in Tennessee.

“Resilience is a key focus of our department’s mission and vision, and it’s an essential part of life during the pandemic. Resilience tells us, ‘I’ve been through tough times before, so I can handle this,’”

“We know many Tennesseans are struggling with the challenges this year has thrown at us, and we want to remind everyone that resources are available to provide support when we or our loved ones need it to keep moving forward,” 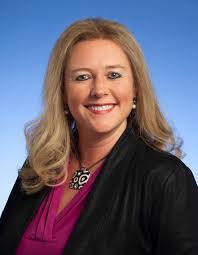 Naloxone, often known by it’s nasal spray application brand name Narcan, is a proven tool in the battle against drug misuse and overdose death. When too much of an opioid medication is taken, it can slow breathing to a dangerously low rate. If breathing slows too much, overdose death can occur. Naloxone can reverse this potentially fatal situation by allowing the person to breath normally again.

"Be the One" Suicide Prevention Training

The “Be the One” initiative began in the State of Tennessee as a suicide prevention campaign for co-workers. It is based on the idea that colleagues can help build a supportive workforce which values and affirms life.

“Be the One” training teaches you how to recognize when someone may be thinking about suicide. It teaches how to ask questions directly and offers tips to develop good listening skills. This training provides tools that instill hope when someone you know seems to have lost all hope.

Understand where substance use disorder intersects with suicide prevention, and what you can do to intervene and potentially save a life! This addiction-informed Question, Persuade, Refer (QPR) training will equip participants with knowledge and strategies.

The Collegiate Recovery Initiative aims to create recovery-friendly campuses across the state where students can participate fully in their education while supporting their recovery from substance use. This event will talk about the issue, discuss the initiative, and share information on how you can get involved.

Chattanooga Out of the Darkness Walk

Find Activities That Make A Difference!

View All TN Together Activities

Tell us what you or your organization is doing to build resiliency in your community. If pictures, links, and videos help you tell your story we encourage you to include them!

API access deactivated. To reactivate, go to the app dashboard.

Last Take Back Day was a huge success and we are looking forward to the next one this October 29th! Do you have unused or expired medications? Are you hosting an event and would like to add it to our calendar?

Hosting an event for Take Back Day?
Post your #TakeBack events to http://TNTogether.com/TakeBackDay to help get the word out! 👉 link in bio

A Little Bit About Us...

Tennessee Together houses local and state prevention, addiction, and recovery resources alongside engaging ideas and stories that inspire Tennesseans to get involved.

This online hub of interactive resources operates using a three-part goal: completing activities, sharing stories of success, and accessing addiction and recovery information. TNTogether.com officially launched in 2018 as an initiative powered by the Tennessee Department of Health in partnership with the Tennessee Department of Mental Health and Substance Abuse Services.

The Department of Mental Health and Substance Abuse Services (TDMHSAS) is the state’s mental health and substance abuse authority. Its mission is to create collaborative pathways to resiliency, recovery, and independence for Tennesseans living with mental illness and substance use disorders. Learn more about our impact and our services on our website.

The Tennessee Department of Health (TDH) is the state’s public health agency. Its mission is to protect, promote, and improve the health and prosperity of people in Tennessee. Through the ResilienTN partnership, TDH has been able to amplify attention to the department’s ongoing work to reduce drug overdoses and suicides across the state through education, community-engagement, and data-driven solutions. To learn more about TDH, visit our website.