Skip to content
Repeal of the Intractable Pain Act

The purpose of the Intractable Pain Act, passed in June 2001, was to help physicians who were prescribing opiates or opioids for patients suffering from severe chronic intractable pain. Physicians were required, by law, to provide requested opiate medication or to refer the patient to physicians who would.Dr. Samuel Barnes created a study of physicians’ narcotic prescribing practices in Putnam County. He surveyed 76 physicians in Putnam County to gauge the practice of prescribing opioids. His study showed that the number of deaths from prescription narcotics exactly paralleled the prescribing rates. Dr. James Gray, president of the Putnam County Medical Society, emailed legislators to inform them of just how detrimental the legislation had become to residents of the Upper Cumberland Region. According to his email sent int January of 2011, residents were three times more likely to die from a prescription overdose than from an automobile accident.Representative Ryan Williams sponsored HB 0031 after learning about the horrifying effects the Intractable Pain Act was having on the Upper Cumberland Region. The legislation was supported by district attorneys across the state and the Tennessee Bureau of Investigation.The repeal stated that within 180 days of July 1, 2015 the board of medical examiners repeal any rule created by the board in regard to the IPTA and any rules created for or by the boards of osteopathic examination and nursing. 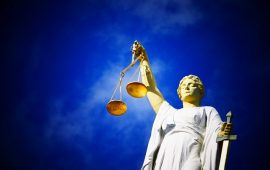