Skip to content
Tennessean Shares a Story of Hope

Sharing my story with others.
When I think back to my childhood my good memories are clouded by my dad’s emotional, mental and physical abuse:

I vowed to never be with anyone like my dad but ended up in several abusive relationships. The last one was with my daughters father. I found myself laying on the floor of my children's bedroom. Being beaten in front of all of my kids. While they screamed I laid there motionless & in shock. I asked myself how it had gotten to this point. My children were scared.

This attack left me broken. Not only did he break me physically but he broke me emotionally as well. I felt pain & hopelessness deep in my spirit. My addiction to pills turned into a meth addiction. It helped me to not feel. I chose to stay with my abuser. I thought that I deserved the way he treated me. I thought my daughter would be better having her dad around. I didn’t realize that I was repeating the exact same cycle I had experienced as a child.

I was handing the cycles of abuse and addiction to my 3 children on a silver platter and didn’t even realize it. The Department of Children Services took all 3 of my children because I failed to protect them from my abuser & had been using drugs. After this my addiction totally took over my life. I didn’t want to feel anything anymore. I was tired of feeling pain, sadness, fear, & hopelessness.

That is when I was introduced to CASA, Camelot, & eventually Blue Monarch. I had no idea the impact they would have on my life as well as my children! After getting a no contact order with my kids, for choices I made while on drugs, I cried out to God for help and 2 hours later 3 U.S. Marshalls were at my door for an old warrant. I knew that God had answered my prayer. As the months went by in jail, I began developing a relationship with God. I began asking him to send me wherever I needed to go so that I could change and this never ever happen again. Once I finished my jail sentence, I went to Blue Monarch. My CASA worker came to visit me along. it was nice to see their faces but this time my heart was in a different place.

My CASA worker would come visit with me and give the best hugs in the world! She would tell me how proud she was and that I was a completely different person! I didn’t realize how much that would mean to me until I heard her actually say it! I remember after her 2nd visit to check on how things were going, she turned to walk out and I was just amazed at how this amazing woman cared so much about me and my family, she didn’t know us prior to me losing custody in Oct of 2016, but here she is 4 years later, still working on my case and still trying to help my family!

She worked really hard to get my boys back home with me, who were in states custody still, because I could provide all that they needed and had changed my life around. They came home in a last-minute surprise in June of 2018.
A few months later I found out that my daughter had been illegally taken to Florida and given to an aunt that she had never met. When I found out, I was completely devastated. But CASA did everything they could to try and make contact with her, they were going to go down there if that’s what it took!
But thankfully they were able to contact CASA in Florida to make contact and make sure my daughter was ok. The people that had her had tried to elude CASA, and refused their assistance on several occasions. Once they made contact and verified that she was ok, we went to court in Coffee Co. They have attended every court hearing and been a voice for my children, even after I regained custody, they still check on them and are there for them. My children know that they are there for them and that they are always going to keep them safe.
Regaining custody of my daughter has been a blessing, but it has been difficult to deal with her dad. But he no longer has control over me or my children, he will no longer be my abuser, because I am victorious, and I will always stand up for God, what is right, and for my children. Even if it means I stand alone.

Today, it brings tears of joy to my eyes knowing that the CASA workers that stepped into our lives 3 years ago, are still here helping us re-build our new lives. It brings even more tears to know that they loved my kids and fought for their safety, even when I couldn’t protect myself let alone them. They are God’s kingdom warriors on earth, and one day I hope to do the same, and be the CASA worker to other families, that I had in my own.

My family is forever grateful and I hope that today you see how impactful and important they are to not just our community and its families, but to our future. 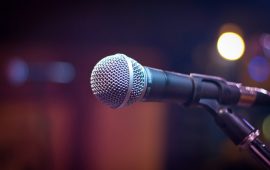