The Wilson County Sheriff’s Office will be hosted a Take Back Event on National Prescription Take Back Day, April 24 2021.

The event was open for anyone wanting to dispose of unwanted and/or expired prescription and non-prescription drugs.

Medications you use for legitimate reasons are often subject to theft, and can lead to addiction and ultimately even drug trafficking. Sheriff Bryan noted that there is a national epidemic of prescription drug abuse that is often the motive in numerous crimes. “We appreciate cooperative efforts such as this one,” Sheriff Bryan said, noting, “We are happy to be able to provide a place where you safely and conveniently dispose of such medicines when they are no longer needed or wanted.” 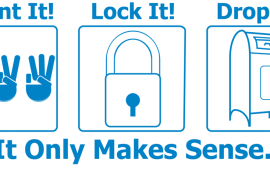 Participate in Count it! Lock it! Drop it! Program
Read More